The DIGIS3 consortium, in which DIHBU participates, is selected as European Digital Innovation Hub in Castilla y León, for its track record and excellence

The European Commission has approved the candidacy of DIGIS3, of which DIHBU is a member, to become part of the European Network of Digital Innovation Hubs. DIGIS3, with a budget of just over €3,447,000 for the next three years, has been selected from among more than 300 applications shortlisted by the Member States.

As a result of the success of this regional consortium, 1.5 million Euros, designated for the promotion of digitalisation, will flow from European funds to Castilla y León.

The regional government’s commitment to the DIGIS3 consortium, through the participation of the Institute for Business Competitiveness (ICE) in the consortium, has been a complete success, and the obtained funds will allow for the integration and centralisation of resources for the digitisation of SMEs and administrations in Castilla y León.

In addition to the partners that are directly part of the consortium, the funded proposal will also be implemented by other entities. Together they form a wide and relevant network of entities that demonstrates the capillarity of the initiative as well as its competence, including numerous technology companies of different sizes, the 4 public universities of the region, several technology centres as well as other entities. 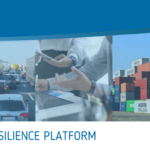